Sabreet and Arun had a beautiful fusion Hindu (South Indian) and Sikh wedding.  We started the day out with getting ready photos.  For her make up artist, Sabreet chose to work with Herneet who’s work speaks for itself (she has a following over 23 k on Instagram).  I was with Sabreet and her bridesmaids while Nadia was with Arun as he got his turban tied for the Sikh ceremony (which took place at Guru Nanak Foundation of America).  They each had written letters to one another to be read on the morning of their wedding.  As Sabreet opened her letter you can see the expressions on her face say it all.  Arun had written out in large font “Sorry I forgot to write a letter.” and at the bottom of the page he referred her to smaller paper LOL.

We then left for College Park for Sabreet and Arun’s first look by the McKeldin Mall Fountain.  Both Sabreet and Arun went to University of Maryland and really enjoyed their time there.  I loved having the first look there during the early morning light with all of the symmetry of the buildings and fountain.  The bridal party had joined us as well to be a part of the shoot.  Immediately after the shoot we headed over to GNFA for the start of the Sikh ceremony.  It all started off with the Baraat – basically a large outdoor party with Arun coming in on horseback for his bride.

This was the first Sikh wedding I shot and it was truly a beautiful ceremony to be a part of.  While the ceremony was being recited in Punjabi there were subtitles on the projector screen so that non Punjabi speakers could understand.  On a side note I can get by with understanding some Punjabi- I am fluent in Urdu/Hindi.  One of the most emotional parts of the ceremony is when the father of the bride hands her scarf over to the groom. It signifies handing the responsibility of taking care of his daughter over to his now son-in-law.

There were a couple other rasams (cultural customs) to complete.  One of which was that Arun had to pay up to the bridesmaids for his shoes.  Then came the doli which is when Sabreet officially leaves her family to join Arun.  Sabreet had warned me that her mother was going to “be bawling” and all but guaranteed that she wouldn’t.  As expected, she was right… then as I was editing a photo of Sabreet in her Doli I zoomed in to Sabreet’s face and noticed that her eyes were welled up with tears.  It was such a powerful photo – she didn’t want to allow her family to see her cry because she was worried about her parents.  I actually teared up when I saw that photo, in the heat of the Doli – I didn’t notice it happen.

After the doli Sabreet and Arun drove back to their hotel to get ready for their south Indian Hindu ceremony.  Sabreet wore a traditional blue sari and Arun wore traditional south Indian attire.  We then created another first look and you could tell by Arun’s expression that he was blown away to say the least.  After the first look we quickly went right into one of the most flower packed Hindu ceremonies I’ve ever shot.  Event Envy had the mandap set perfectly.  It was so beautiful to capture and led to capturing some of my all time favorite photos!

Afterwards they went for yet another change in clothes, this time for their reception.  I really enjoyed taking portraits of Sabreet and Arun in a open field by The Villa.  Using the power lines in the background as ways to draw interest to the subject was really fun.  I’ve learned to be able to be in any situation and use what’s around me even if its power lines!

For their final entrance Sabreet and Arun donned LED lit gloves.  We then had a couple speeches and then quickly went into an open dance floor for the rest of the night.  Sabreet and Arun, thank you so much for letting me be a part of your absolutely amazing wedding. 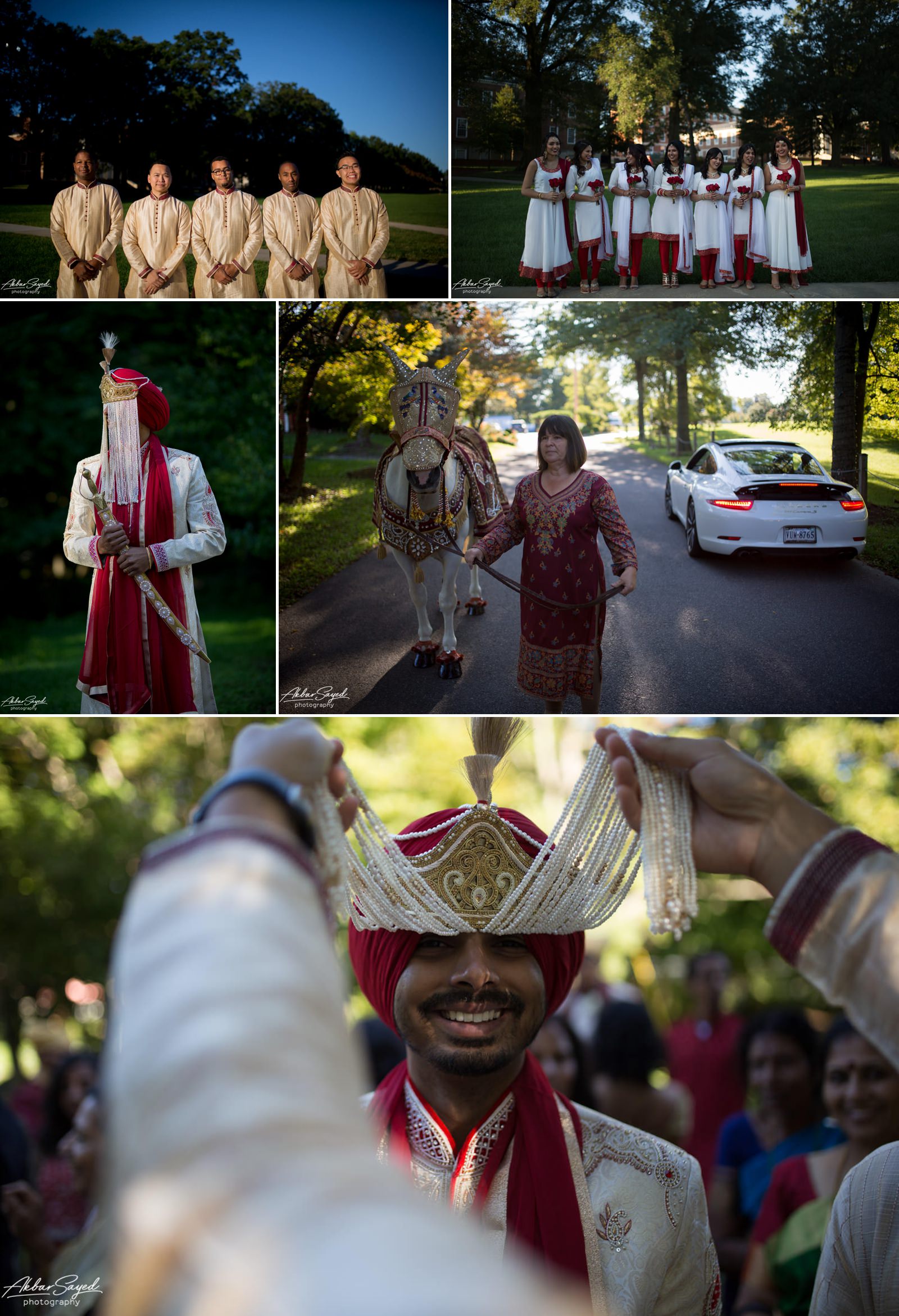 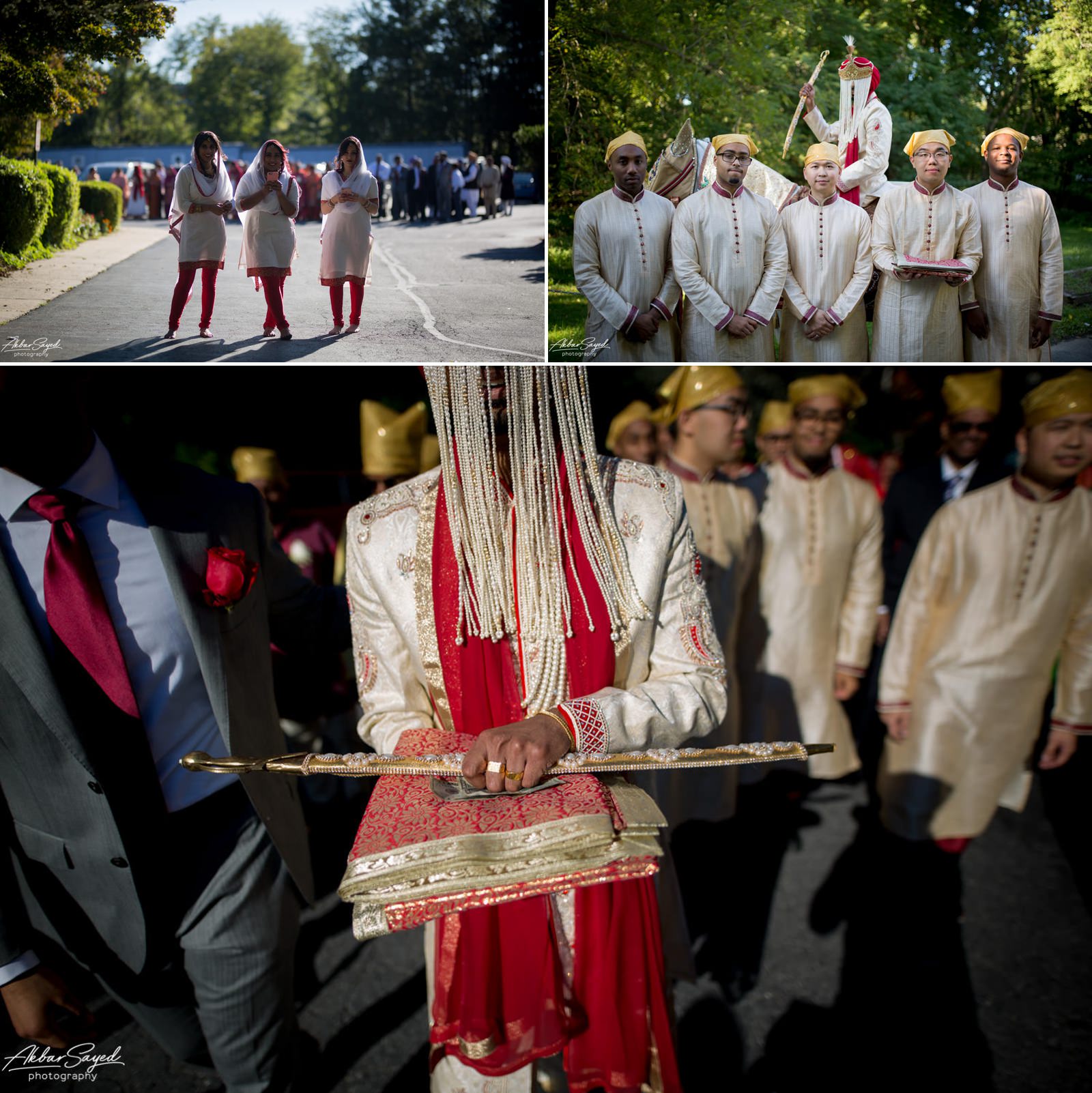 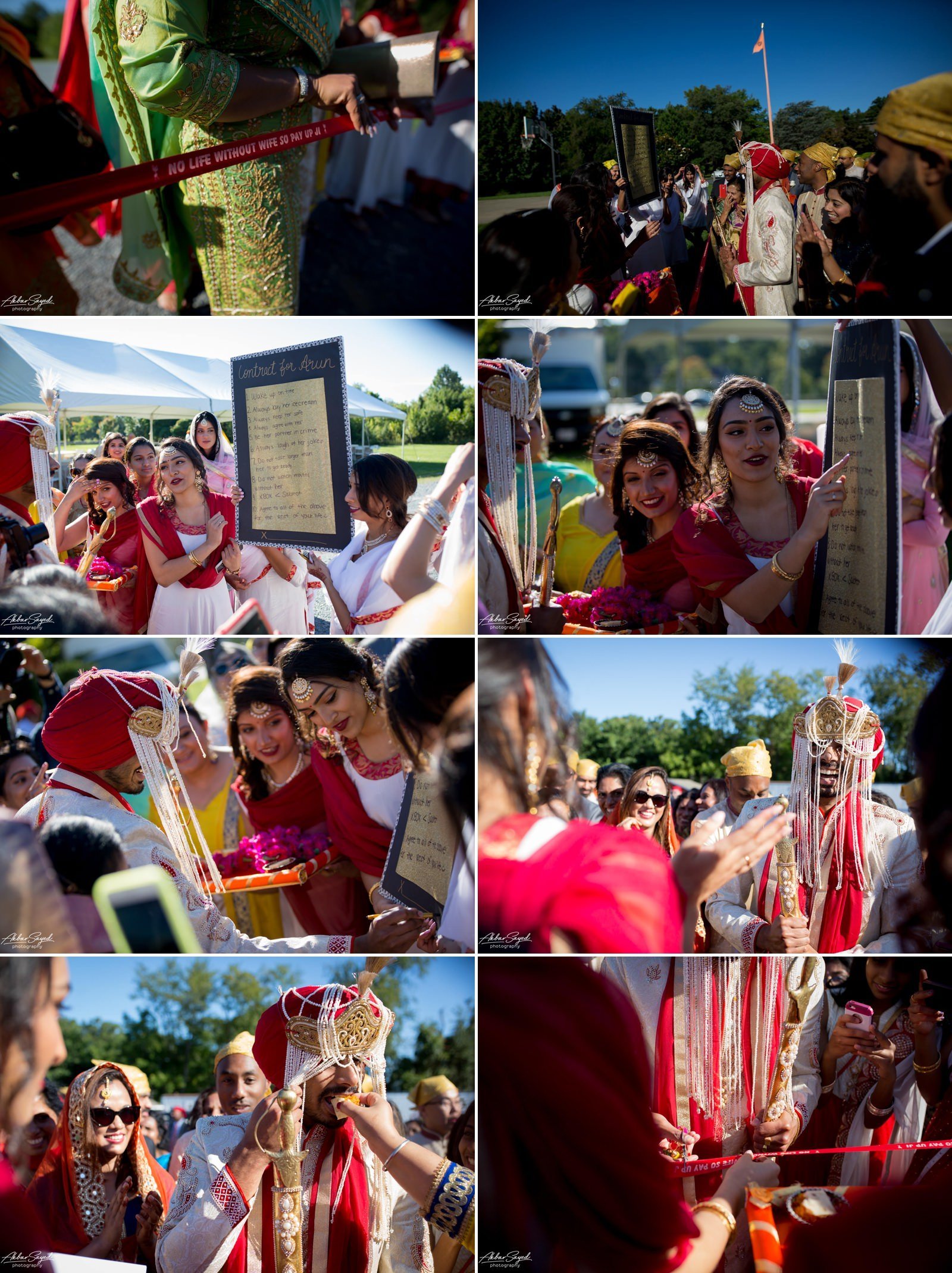 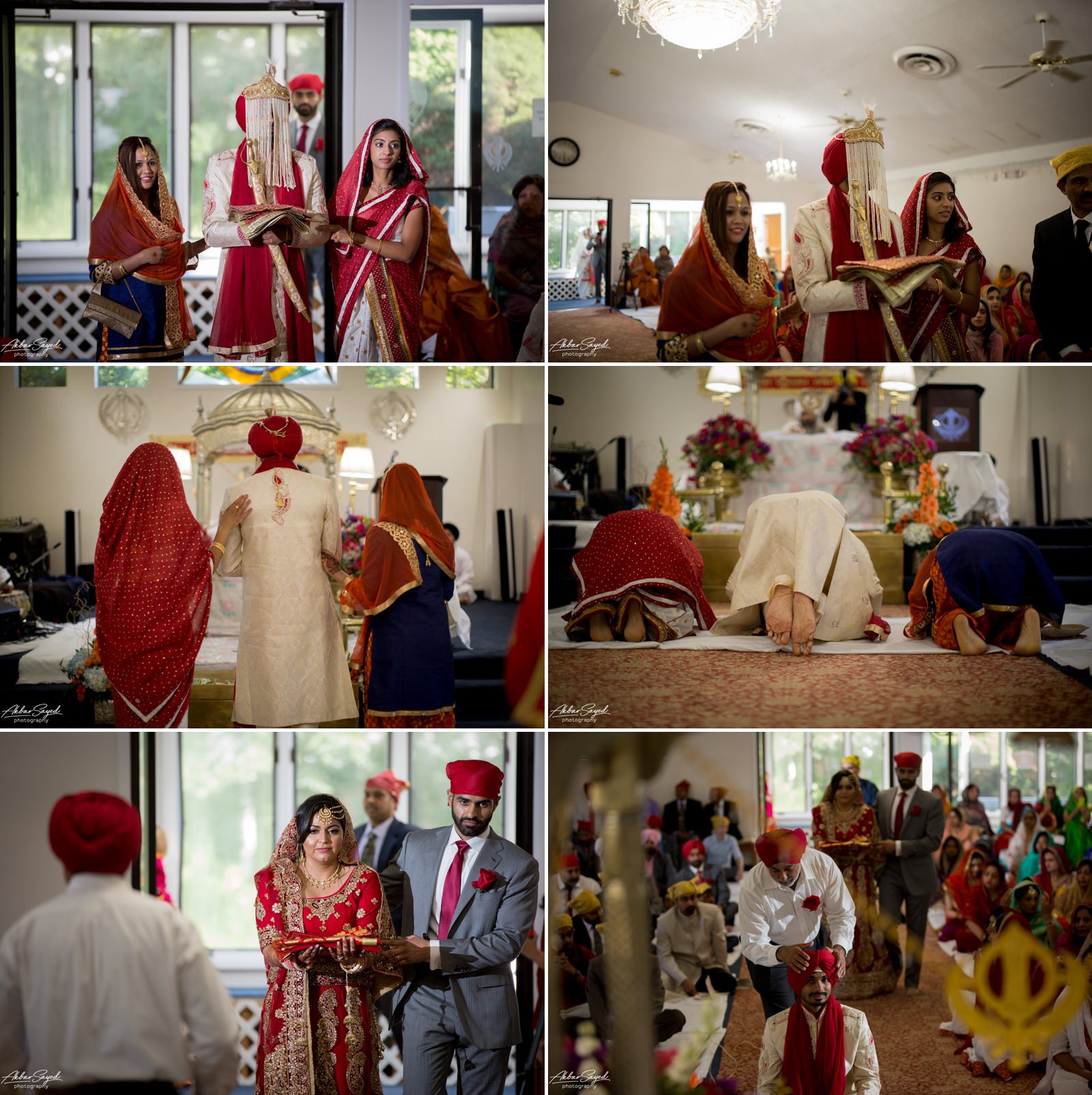 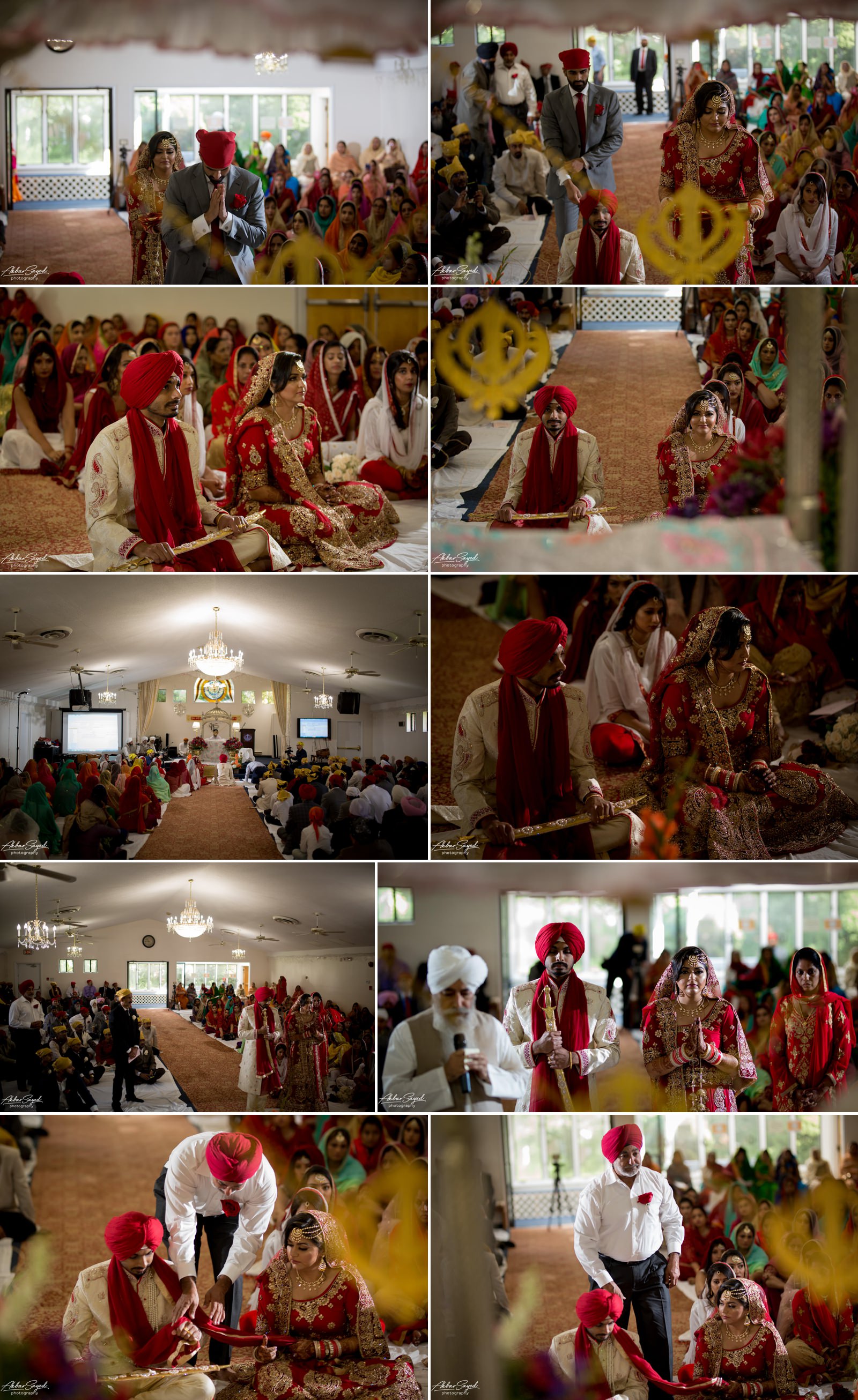 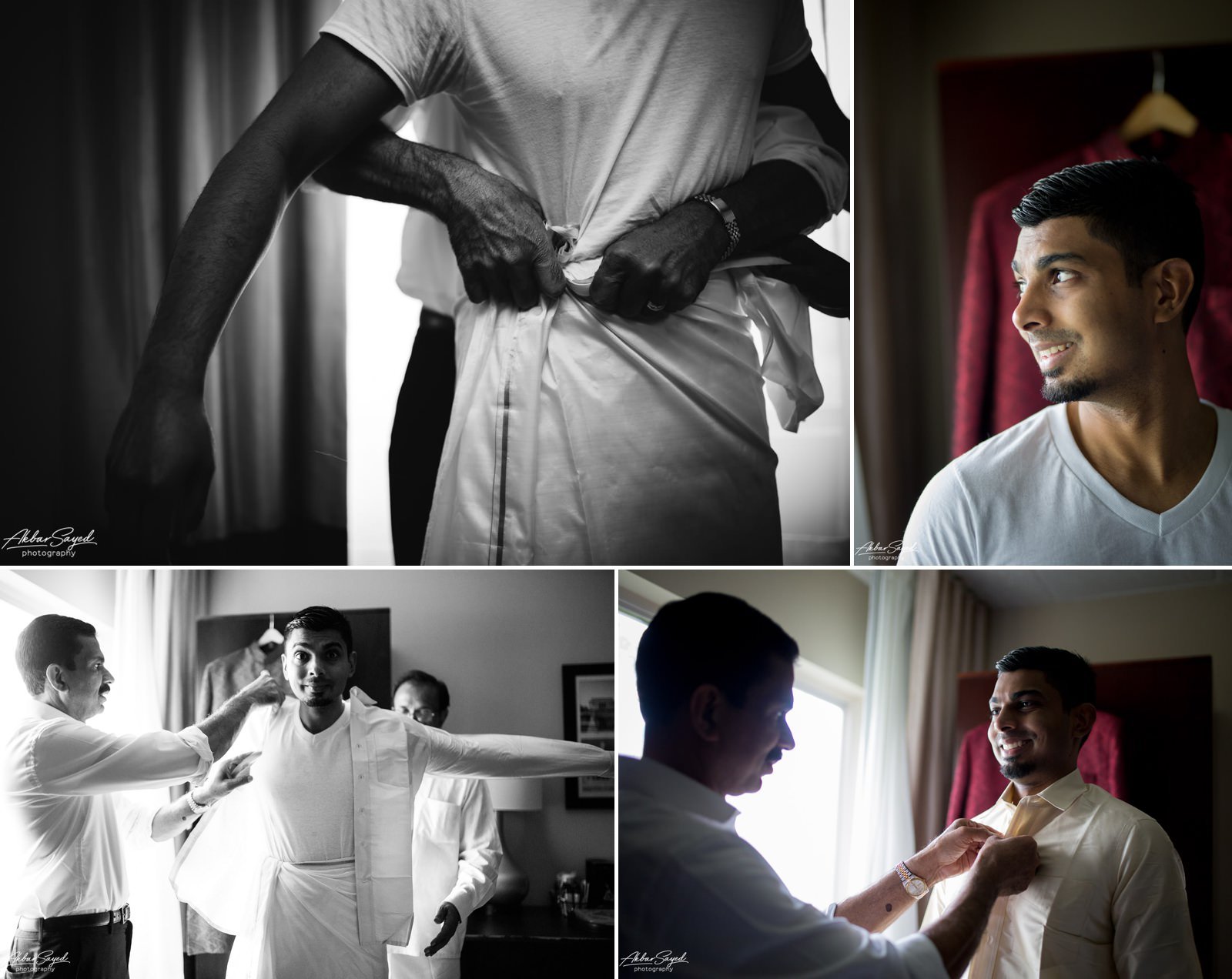 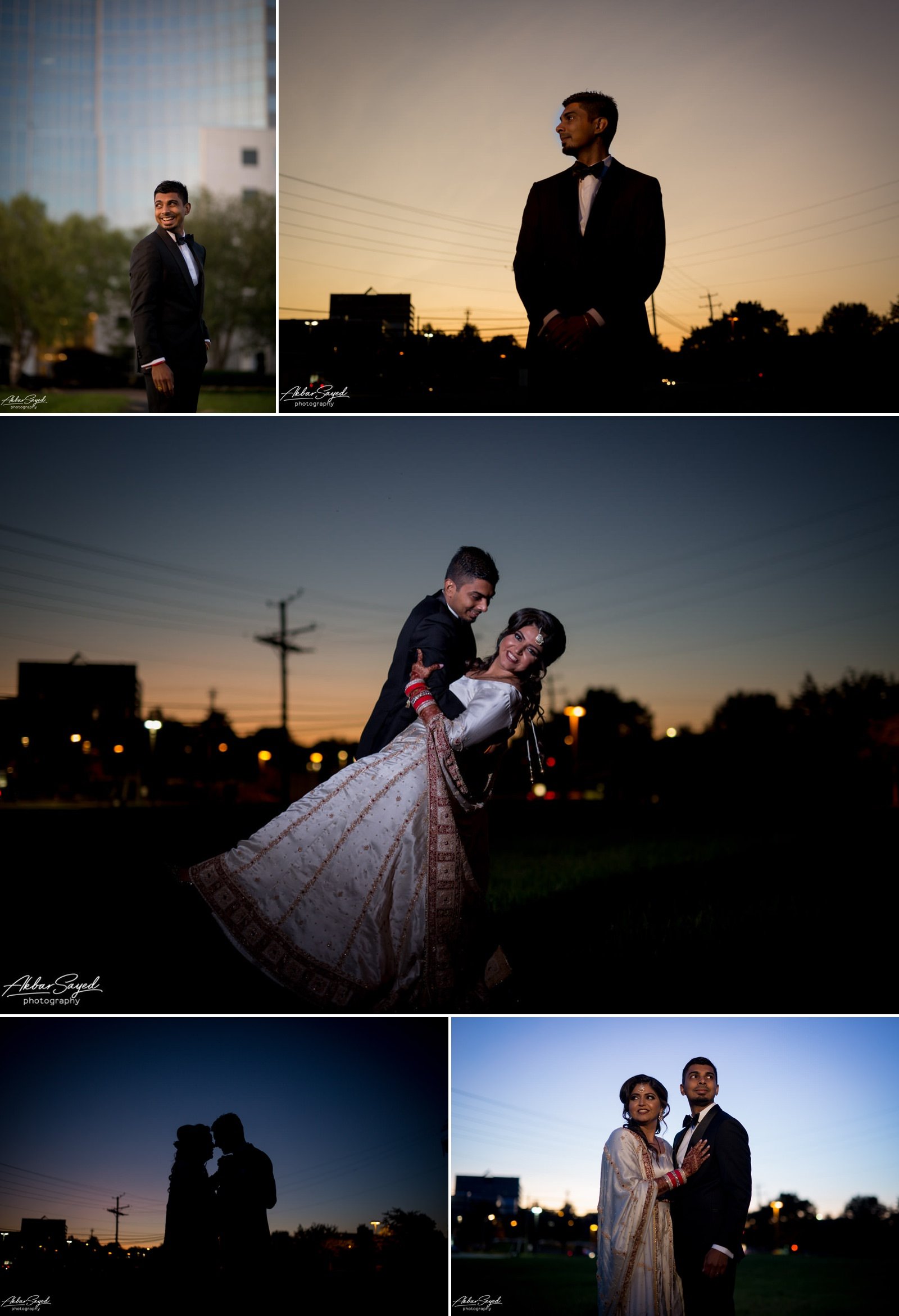 If you haven’t already viewed their engagement shoot check it out here.