It was about 10 am yesterday and I was staying on top of my Instagram feed when I received a message from Chandini.  She explained to me that her wedding was originally set for November in St. Thomas which was hit by hurricane Irma.  My heart sank, I immediately felt for more than just her wedding… St. Thomas was her home growing up.

You see, I met Chandini when she was the Maid of Honor at Payal and Rakesh’s wedding which I shot last year (it was featured in South Asian Bride Magazine).  Payal and Chandini grew up within a tight knit Indian, Hindu community in St. Thomas and loved their time on the island.  So when Irma hit it was extremely emotional for Chandini because it wasn’t just her wedding plans that were damaged but learning of the damage on her childhood home was very upsetting.

Chandini and Matt had already setup this date for her court marriage prior to Irma… the H. Carl Moultrie Courthouse had a 2 month waiting period!  So when the day came she wanted to make the most of it.  Matt and Chandini’s family got together were able to make the most of this moment but not without another scare.  Matt’s father became ill after traveling to DC but thankfully recovered his health enough to be at the ceremony.

With as much adversity Matt and Chandini had gone through it was expected that the day would be filled with emotion.  The most beautiful part of it all was that everyone continued to be present and soak in the beautiful moments.  I strongly believe the best photographs are taken when people are most present.

Chandini’s youngest brother Facetimed from St. Thomas in to watch the short and sweet ceremony.  There’s a wonderful moment I was able to capture which has Chandini, her older brother (who was there in person) and her youngest brother as he was on the video call.  As a gift her brother who is the owner of Pavé Jewelers gave Chandini a Cartier LOVE Bracelet.  In case you’re wondering – yes, both Matt and Chandini got Qalo wedding bands, for the time being.  It works out great for them as they are both very much into fitness.

We ended the ceremony with taking some portraits outside near the courthouse.  It was such a pleasure photographing this Indian – American fusion wedding.  Lastly, please consider donating to the relief efforts, the islands are preparing for yet another hurricane and could greatly use  your help.  Here’s a list of the best charities to donate to in the wake of Irma from Charity Navigator. 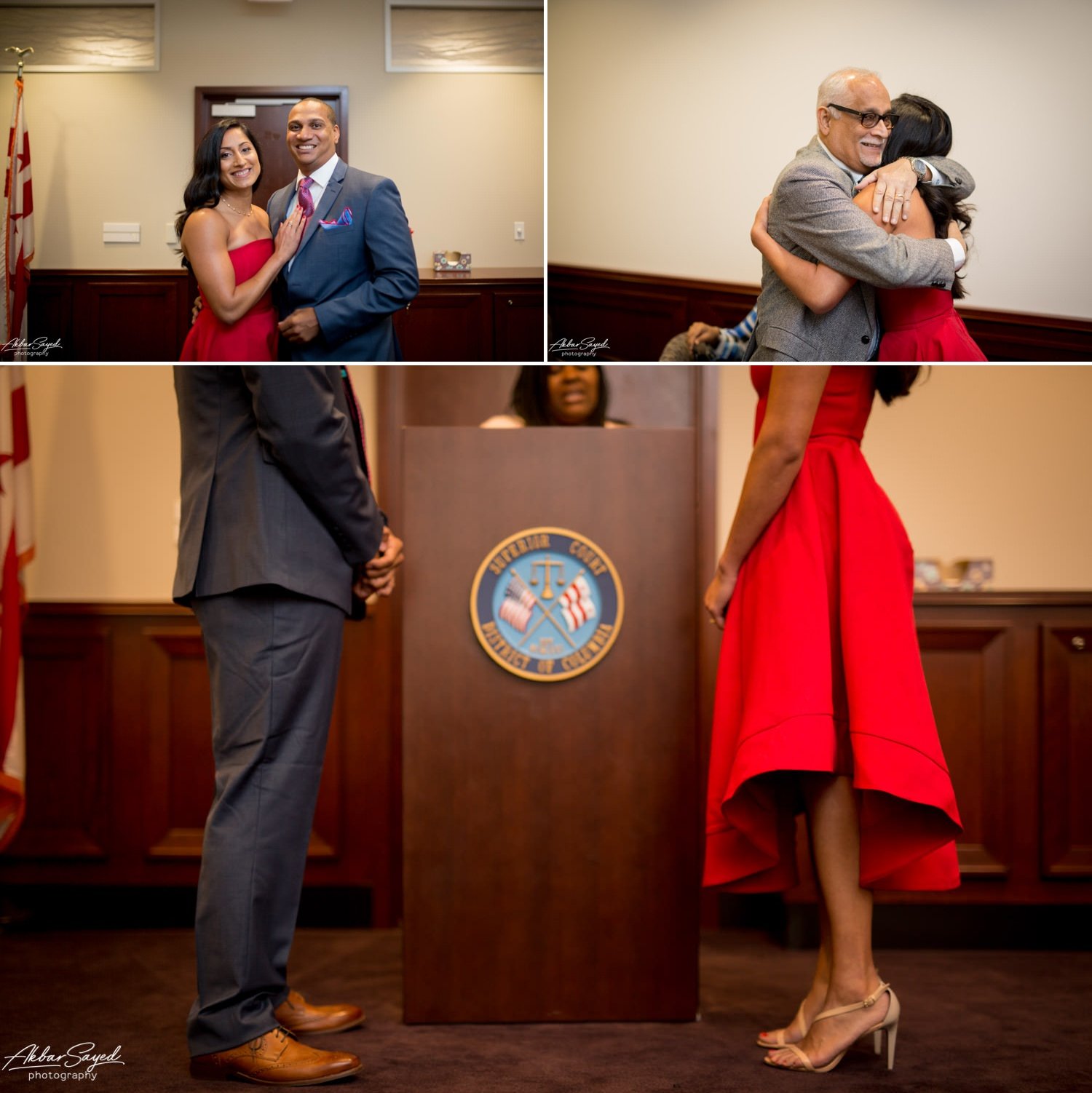 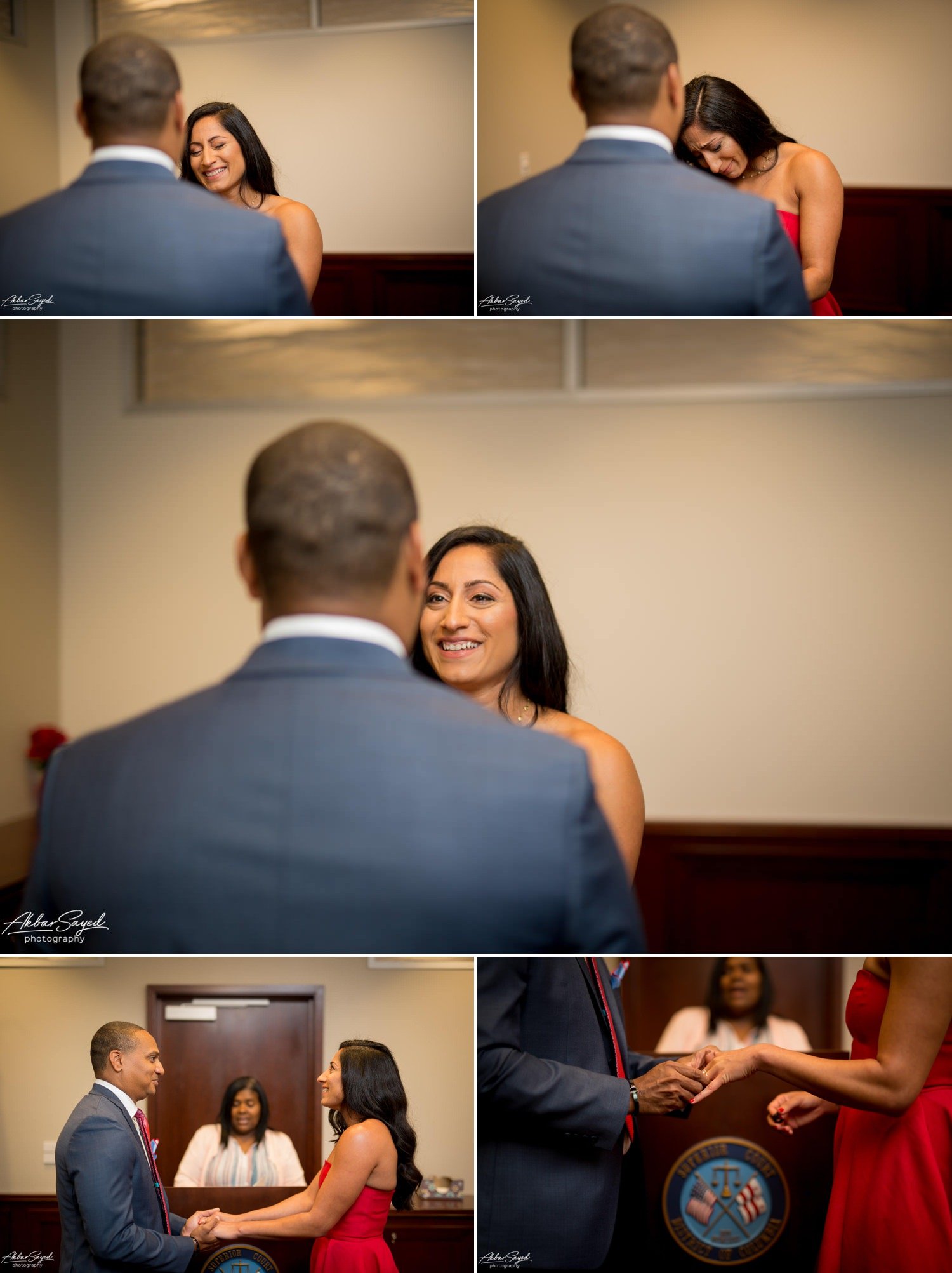 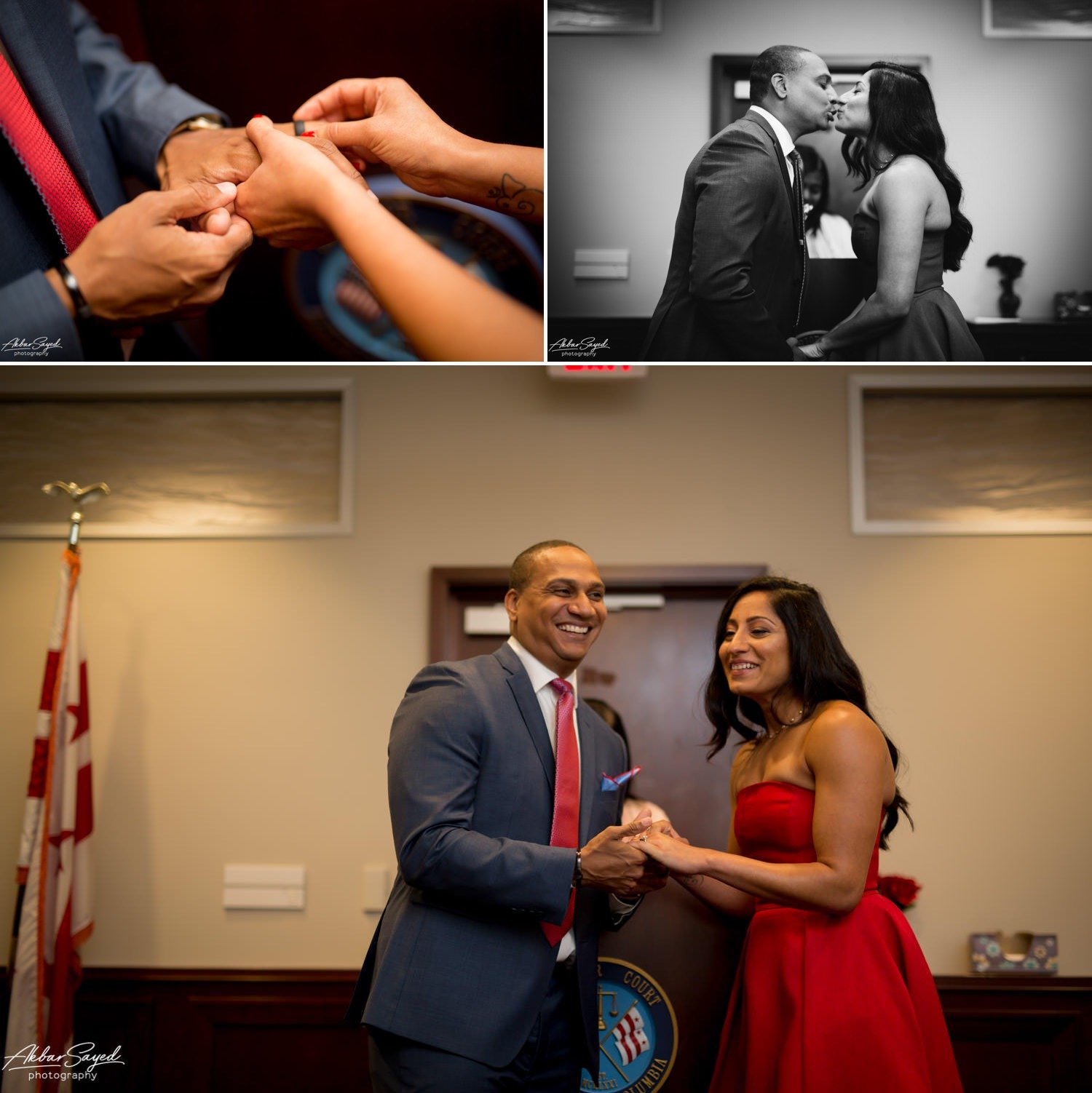 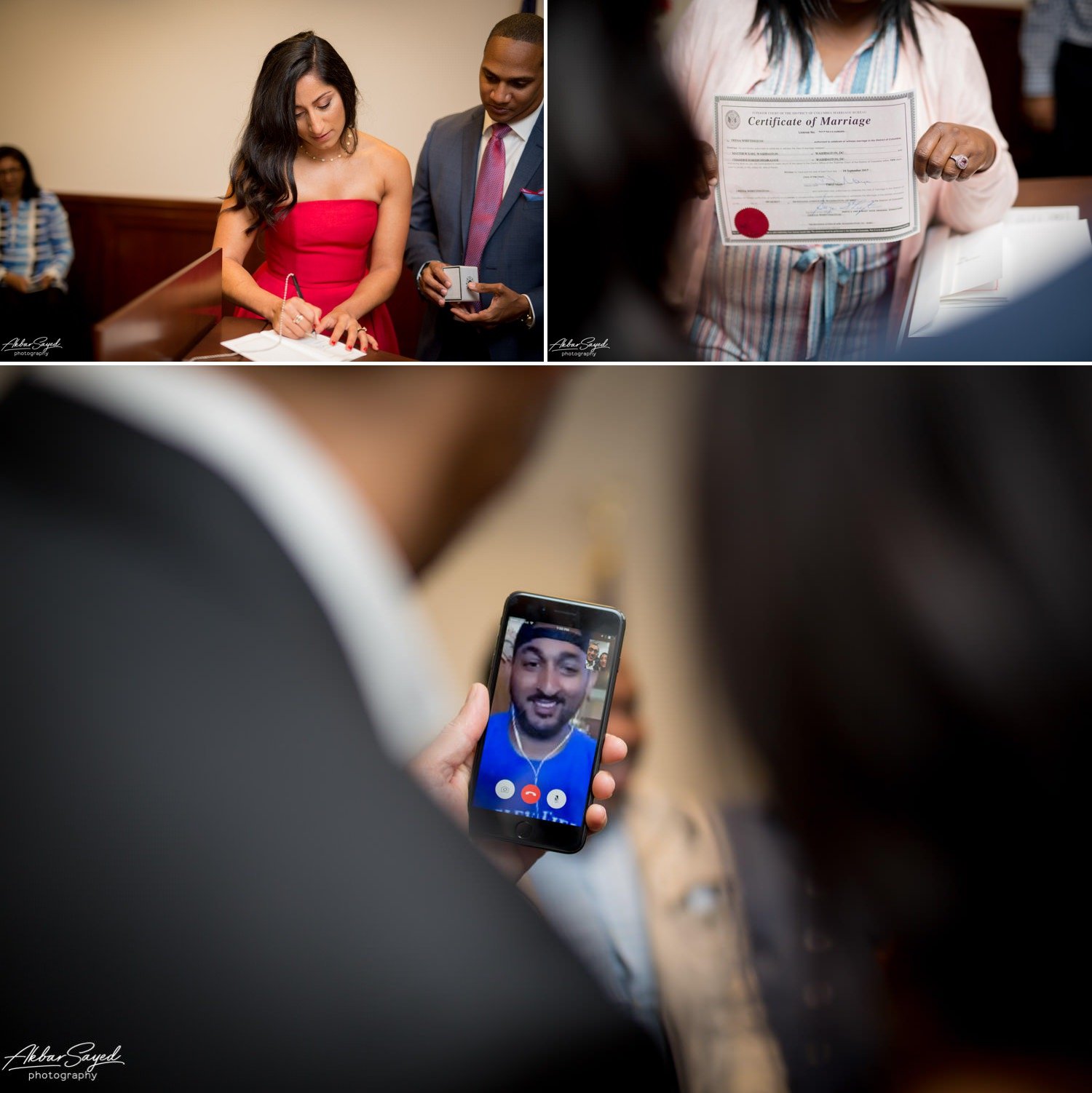 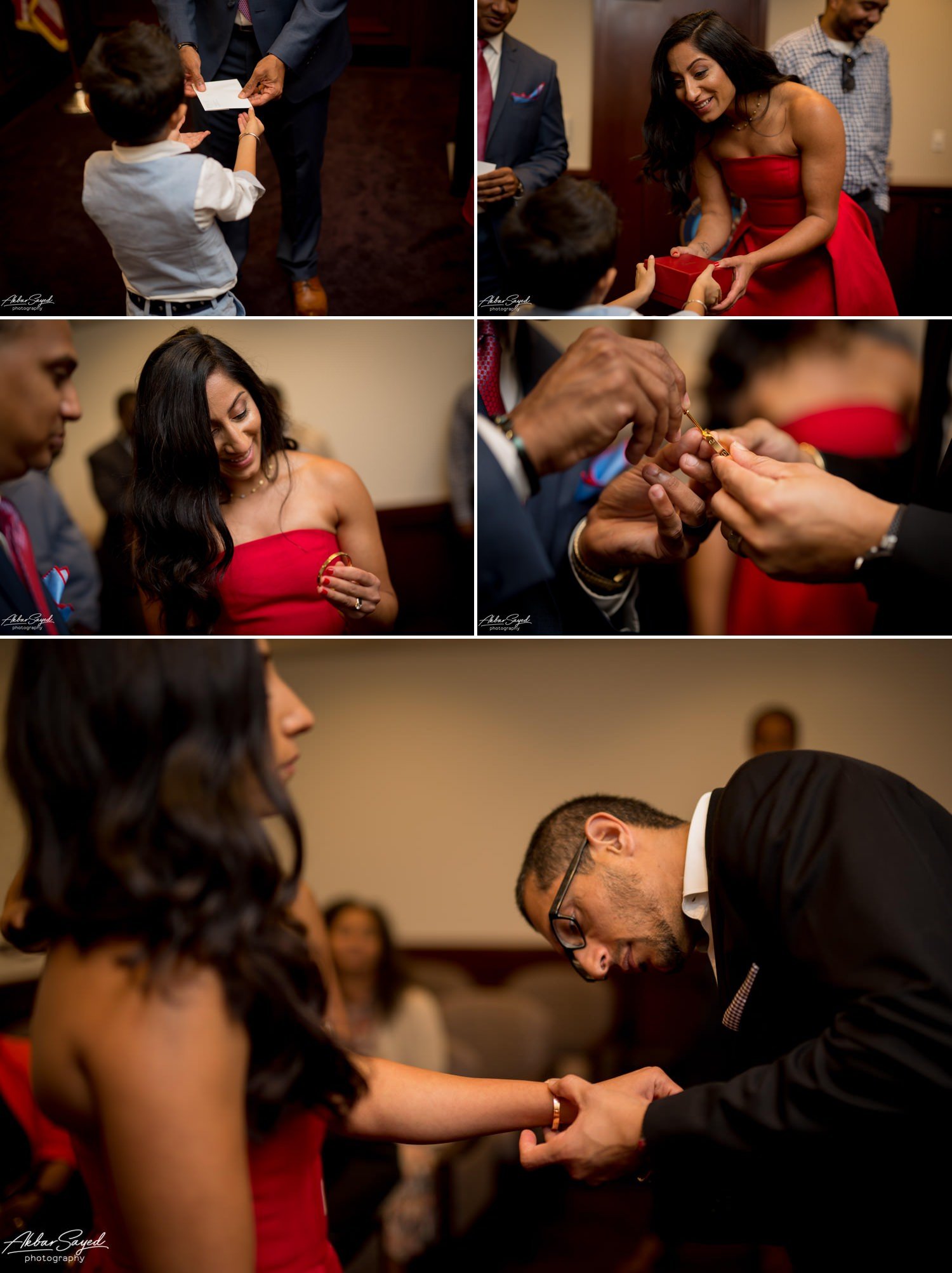 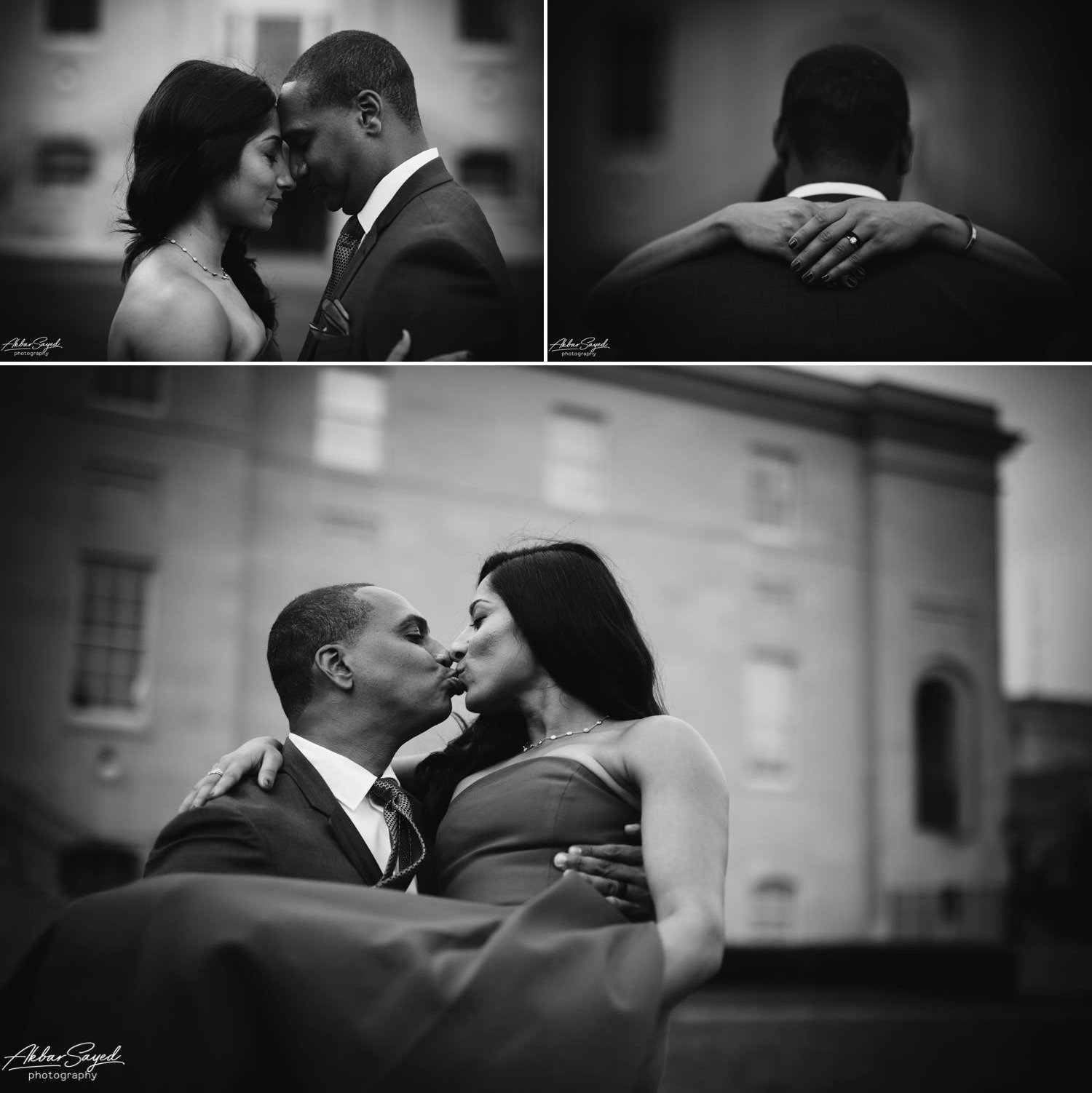